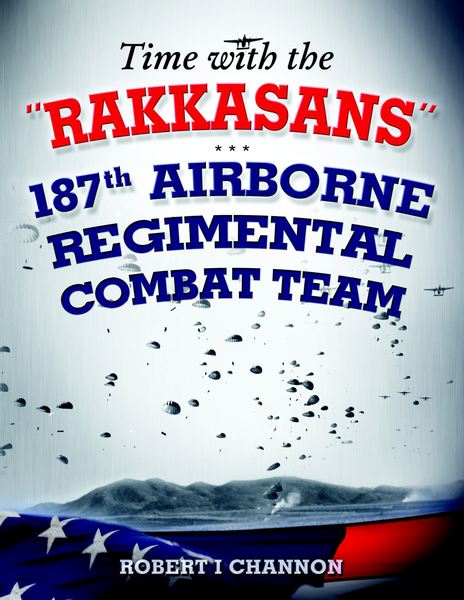 Time with the “Rakkasans” 187th Airborne Regimental Combat Team - Work on this booklet was inspired by my very dear friend Lieutenant Colonel Bill Robbins, U. S. Army, Retired. Bill had served a number of years in an ABU Company within a battle group and a battalion of 327th Airborne Infantry. During that time, his company had a very unusual mascot. The mascot had become a rallying symbol for company members for a long period of time. Images of this mascot had been painted on billboards outside the company orderly room at various times over the years. Some of the images were inside of the barracks. Any number of the company troopers had the image tattooed on their legs. Bill had written a book about his times with the company, especially about their time in combat in Viet Nam. He wanted to find how the mascot had originated and had searched for an extended period of time. Bill finally found me in 2014 and told me what had happened with the mascot over all the years of time. Bill wanted to write a sequel to his book and asked me to help him write about how the idea got started to include in his new book. The idea started in Company I of the 187th Airborne Regimental Combat Team back in early 1953. Over the years, Bill had had some 197th time himself. He began encouraging me to write about my time with the 187th. During the Korean War, I had been in the Korean theater, which included parts of Japan, for about 27 months continuously. About two years of that time had been with the 187th. To tell a more complete story, it seemed appropriate to tell about time of the 187th in combat before I got there and then what happened while I was there. When I learned how the mascot history had continued longs after I had left, it seemed fitting to outline that history also. My indebtedness to Bill Robbins is explained throughout this booklet. 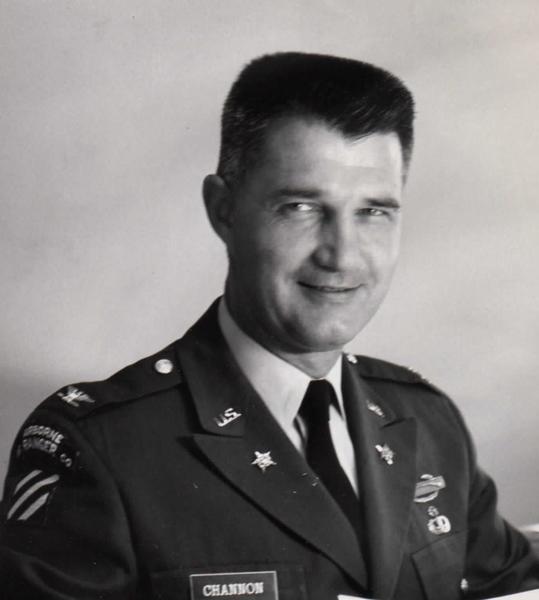 Col. Bob Channon graduated from the US Military Academy in 1946 and served in the Army for 30 years. After graduation from West Point, Bob completed infantry, parachute, and glider school at Ft. Benning and then joined the 11th Airborne Division in post-war Japan. Later as a young 1st lieutenant, he planned and coordinated the out-loading of the Division from Japan back to the States. In 1950, he volunteered for the newly formed Army Ranger Companies and was sent to Korea in 1950-51 where he was wounded three times leading Rangers in combat. After the Ranger units were absorbed into the 187th Airborne Regimental Combat Team in 1951, he planned and coordinated major air drop, air landed, and amphibious loading operations, operational planning skills which he applied in other assignments throughout the rest of his career. He was wounded again with the 187th. During his time in Company I of the 187th, the tradition of the IBU/ABU started and continues in units at Fort Campbell, Kentucky today. After the Korean War, Captain Channon attended the Infantry Officers Advanced Course at Fort Benning, Georgia, where he met Carolyn Denson who was teaching elementary school in Columbus Georgia. After graduation in 1954, he was assigned to the 82nd Airborne Division at Fort Bragg, North Carolina. He and Carolyn were married shortly thereafter. Later at Fort Bragg, he was assigned to the XVIII Airborne Corps as Assistant Plans Officer. There he planned and coordinated airborne/air-landed exercises and operations like Exercise Pine Cone I that involved major elements of the 82nd Airborne Division, the 101st Airborne Division, and XVIII Airborne Corps troops. In 1963 as a Lt. Colonel working from the Army War Room in the Pentagon, he planned air-landing of Army forces near three major cities in Alabama. That was in preparation to calm potential civil unrest centered around intended blockage by Governor Wallace of entry of an African-American student into the University of Alabama. With presidential approval, messages were dispatched nationalizing the Alabama National Guard to prevent clash of Army and National Guard forces. With the Guard beyond control of Governor Wallace, the situation was settled peacefully. During the Six Day War between Israel and three surrounding Arab nations in 1967, Bob was the senior US Army person with established rapport in Riyadh, Saudi Arabia. Bob’s daily visits with his senior counterpart in the Saudi government during this very tense time helped retain diplomatic relations between Saudi Arabia and the United States. In Vietnam from 1971 to 1973, Bob served as the Director of Territorial Security advising South Viet Nam’s Regional Forces, Popular Forces, and the Peoples Self Defense Force. The Regional Forces and Popular Forces comprised 525,000 Infantry soldiers responsible for close-in defense of the villages and hamlets throughout South Viet Nam. The Peoples Self Defense Force was a civilian militia that served as the eyes and ears, so to speak, of the other Territorial Forces. Organized in teams of about 35 men and women armed with light infantry weapons, they totaled about 1,200,000 persons. Weapons were issued for 50% of their strength, so they served on alternate nights. Bob was a Battle Staff Commander for the CINCLANT Airborne Command Post from 1973 to 1976.  After retirement, he was the Second National President of RICA (Ranger Infantry Companies, Airborne of the Korean War) from 1985 to 1987. In 1996, he was inducted into the Ranger Hall of Fame.