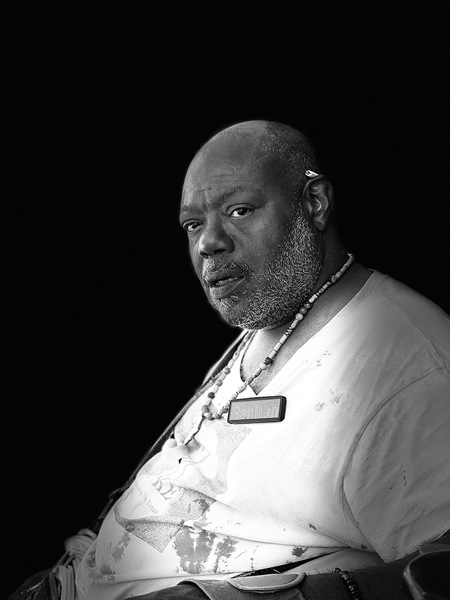 Dr. San Man being reared in Japan, as the son of a Colonel in the United States Army, allowed him to travel extensively throughout the U.S. and Far East Asia.

Dr. San Man has visited Morocco and Northern Africa were he enjoyed digesting the diversity of how other cultures lived, worshiped, worked and played, adding insight to the inspiration of spoken word. In December 2004, Dr. San Man participated in the Ghana Project through Hillsborough Community College and the Habitat for Humanity of Hillsborough County. He then traveled to Costa Rica in 2005 where assisted in constructing five homes for persons living in a substandard community. Dr. San Man began writing poetry at age 11 in Pusan Korea when he was confronted with the fact that the world did not live as well as he’d been led to believe. Dr. San Man is a certified diver, he maintains a tandem jump certificate, championed the mechanical bull ride, Toastmasters Best Speaker, Author ex–politician and ex-convict and all around fun person. Dr. San Man in 12 years of grade school attended 14 schools in ten states and 2 countries, eight high schools in five different states finally to settle down in Tampa, Florida in 1982. He is a graduate of Hillsborough Community College in Justice Administration, and attended The University of South Florida where he studied Political Science, Philosophy, and Religion receiving a graduate scholarship opportunity in Correctional Special Education. Upon being convicted of a crime committed against his person he served two years in a Florida Prison. In addition, under the tutelage of political science, his upbringing and being black gave way for his incarceration being the most enlightening experience of racism as the foundation in the way we all believe. Dr. San Man was convicted for a crime committed against his person by a Tampa Police Officer, therefore, enduring a barrage of arrest and harassment leading him to fully understand how people are easy to lead in the wrong way and hard to lead in the right way. Dr. San Man has maintained a diary of poetry for over thirty years with topics that entail politics, religion, racism, equality, romance, poverty, ignorance and life in general. He has fought for human rights locally and on state and national levels causing him to run for public office. He has initiated several youth organizations and wrote grants to accomplish the goals he aspired to set forth. Dr. San Man recently began touring the globe, delighting his audiences through reciting poetry and the spoken word from his published works. “A Poetic Buffet to Reality”, Volume I, She Is the Key and Volume ll, Black to the Basics, the Rebirth, Resurrection and Rise. These poems illustrate the majesty and strength of the woman as a reflection of the man. It is the desire of Dr. San Man X to share peace and love with all he meets through his poetry and short stories. Ignorance is the key to self-hatred and all other social ills that confront our society. He believes he is fulfilling his destiny by sharing this inspiration with the universe.